The 4 Plastics That Any Fisher Should Care About

The 4 Plastics That Any Fisher Should Care About
(Hint: Plastic straws aren’t one of them) 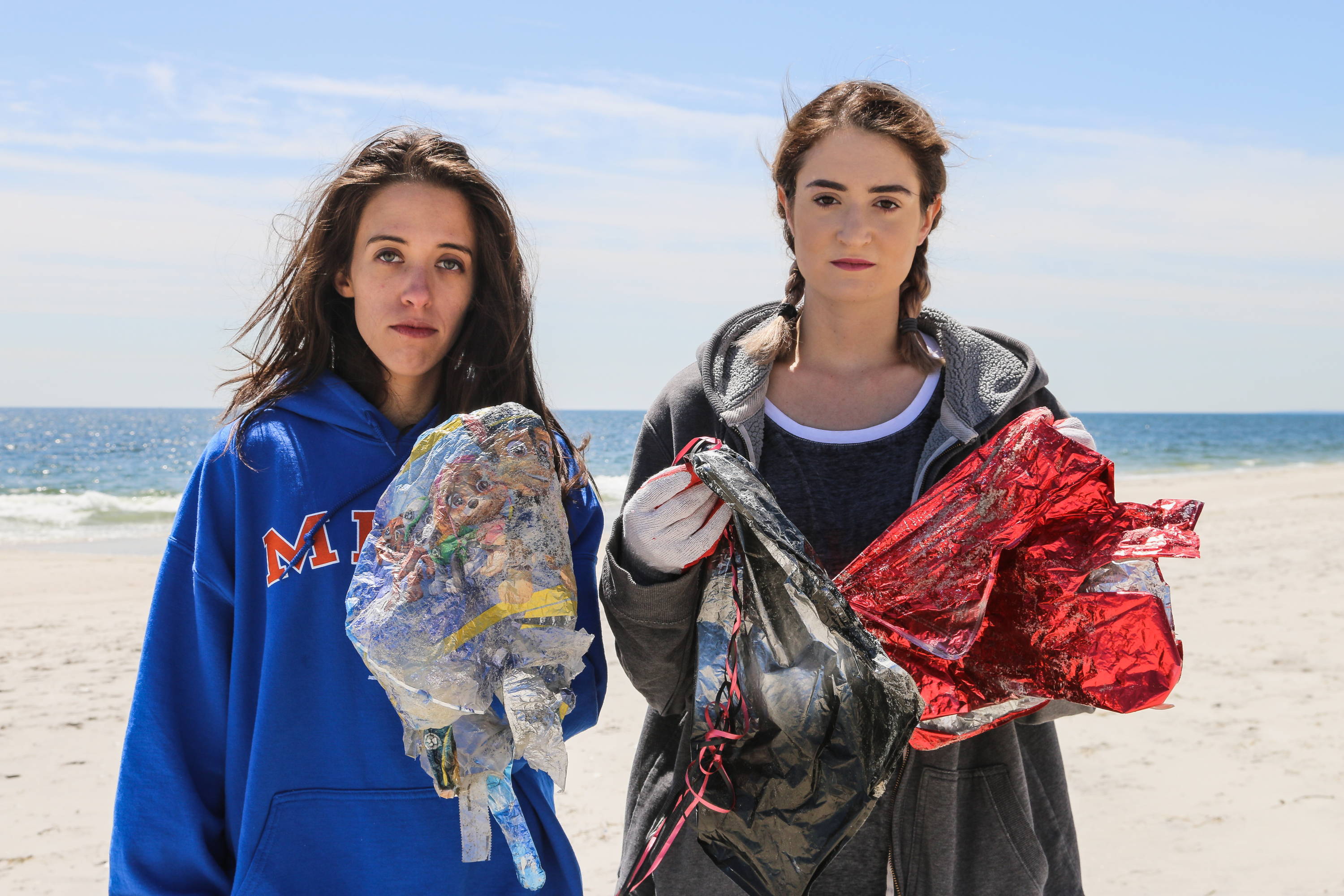 The 4 Plastics That Any Fisher Should Care About

Aren’t you getting tired of environmental groups beating you over the head about plastic? Plastic this, plastic that! It’s here, there, and everywhere!

Trust me, so am I. As much as I love pairing my warm, morning coffee with a dreary news headline about dead whales washing up with 50 pounds of plastic in their stomachs, the negativity has become too routine. Unless we can clean up our act, though, the onslaught of plastic-filled news won’t go away anytime soon. And neither will the plastic. Those are the facts.

Unfortunately, the problem is only getting worse. Plastics are literally moving their way up the food chain and into our bodies. Mercury was so last decade. Micro-plastics are the chic conservation movement in today’s world and straws have become the poster child. Fortunately, the number of marine conservation groups working to eliminate plastic straws has skyrocketed in the past year or so. It’s estimated that 500 million plastic straws are used each day in the U.S. and that each of us will use and discard more than 40,000 straws in our lifetime. So it’s fortunate that so many spotlights are shining on this issue.

When you step back and unravel the real plastic problem in our oceans, straws are barely the tip of the iceberg. There are other, more sinister marine debris to tackle now, and fishermen are on the front lines.

Discarded, lost, or abandoned fishing gear account for 46 percent of the Great Pacific Garbage Patch. You heard me correctly! That massive continent of floating debris in the Pacific Ocean—double the size of Texas—is made mostly of fishing gear.

The problem with ghost-fishing gear is that it’s made for one purpose: to catch fish. And when they become lost, drifting through the sea, they continue on their mission to entangle marine life. They’re also a huge pain for any boater who accidentally runs one over.

Nobody talks about this problem because we don’t physically see the nets used to catch our seafood. There’s a major disconnect. And not all fishing methods are huge contributors to the problem. Gill-nets and pot traps are the worst culprits, according to NOAA’s 2015 Marine Debris Program Report. Both are left for a time to ‘soak’ in the water, leaving them more likely to encounter larger marine animals, and become lost at sea during rough weather. And as fishers, you should care. Some studies show that 90 percent of the fish caught in derelict fishing gear were commercially valuable—a.k.a the fish you’re probably targeting.

What Can Be Done?

Commercial fishers can help by working with government regulators to adopt new advancements in the design of fishing nets. For pot traps, this includes the use of sinking lines and break-ties, which help prevent any lost ropes from entangling large marine mammals like North Atlantic right whales, which are particularly susceptible. Rot cords—biodegradable cords—are also required in trap fisheries to release any trapped marine life if the gear is lost at sea.

Scientists are even working on a new, ‘ropeless’ lobster fishing technology that actually floats itself to the surface. If these technologies can be made cheaper, they could actually save lobster fishers time and money. One common key to every one of these design solutions is that they don’t limit the fisher’s ability to catch fish.

Gill-nets are larger and a bit more complicated. If you change the design of a gill-net, it can’t achieve its purpose of catching target fish. Gill-nets today are equipped with break-ties, but there’s no design that can prevent sea turtles, marine mammals, seabirds, or sharks from becoming entangled. So, governments around the world set regulations on the size of the nets, the soak times, and how fishers can use them.

Drift nets are more easily lost at sea, and shorter soak times with shorter nets mean it’s less likely for a vulnerable animal to encounter it. Drift gill-nets were banned in international waters in 1992 by the U.N., and many countries around the world have commercial regulations in place.

I’m sure it won’t come as a surprise to you when I say this, but the single-most littered plastic in the world is cigarette butts. More than two million butts are littered every single minute, where 1 in 10 will reach a body of water. And yes, they are made of plastic—cellulose acetate to be precise.

Fun Fact #1: 75% of smokers are reported to litter while driving their car.

There’s always been a culture of smoking cigarettes on fishing boats. Having spent time working aboard commercial boats in the Mid-Atlantic, I can attest. These little, white sticks can be more valuable than water when you’re hundreds of miles from land. Unfortunately, unless you’re one of those Europeans who roll their own cigarettes with cotton filters, every time you flick a butt into the sea it remains for years.

This is a significant source of plastic pollution in our seas, where fishers can transform from one of the world’s worst polluters to the world’s greatest advocates for change.

How do you stop two billion pounds of cigarettes (equivalent to the weight of 30,303 adult humpback whales) from flooding our environment every year? People litter cigarettes because it’s socially acceptable, or rather, normal. Smokers don’t generally know that cigarette butts are made of plastic, nor do they have other options than littering in most scenarios.

So, we need a two-pronged approach to prevent cigarettes from becoming fish food.

And to prevent littering on-the-go, smokers nowadays can purchase air-tight pocket ashtrays. (Any more info on this? -> https://theterramarproject.org/product/pocket-ashtrays/)

I’ve participated in, and organized a ton of beach cleanups around the U.S. and Caribbean, and one item that I consistently run into is plastic balloons. Not only are balloons mistakenly ingested by sea turtles while hunting for jellyfish, but they also come with a long string of death, which entangles seabirds. According to a new study, (which study??), balloons are the deadliest source of plastic pollution for seabirds.

Balloons have also become a popular way to target sailfish. Instead of using kites to take bait far away from the boat, many have substituted balloons. If you do any balloon fishing, only use biodegradable balloons. Otherwise, you’ll definitely be littering the places we fish. So it does become our responsibility to let the world know that plastic balloons really blow.

Cities around the world are starting to ban the intentional release of plastic balloons into the environment, which is an awesome first step. If the city where you live doesn’t already do this, give your local government a ring and let them know about the problem.

You can also help educate the people in your life about the issue by picking up littered balloons when you see them, and share pictures in community groups and online platforms. There are plenty of other ways to celebrate a special event without using plastic that can literally fly away if you let go.

Fun Fact #2: It takes monofilament fishing line 600 years to break down in the ocean.

Any recreational fisher understands the frustrations of snagging your brand-new rig on some rocks or reef. But what we forget is that breaking our lines can strand hundreds of feet of plastic in the sea. And by now, you probably catch the trend—plastic lines are easily caught around sea life.

The best way to prevent monofilament fishing line from breaking free into our oceans is to avoid fishing directly on top of reef or wreck structures. Try dropping your line near enough to the structure to entice your target fish. If you do get snagged, learn the proper technique to break your line at the lure. This can prevent hundreds of feet of fishing line from littering the ocean. Today, many popular surf-casting beaches have recycling receptacles for you to recycle any broken line.

Yes, the plastic problem is dreary. So let’s all work together to end it so we never have to talk about it again. The fight against plastic needs the experience of individuals who stand on the front lines. It needs those of us who love to fish to raise our voices and take the lead.

Brian Yurasits received his B.A. in Environmental Studies from New York University, and his M.A. in Marine Conservation and Policy from Stony Brook University. He has conducted research on marine protected areas, and worked with the Global FinPrint Project helping survey the sharks and rays of the world’s tropical reefs. Brian was a fisheries observer with NOAA, and was onboard commercial fishing vessels where he collected data on fisheries operations in the Northeast U.S. Brian hopes that his work will help turn the spotlight onto the importance and value of the ocean, and help keep it in a healthy state so that future generations can experience all of the myriad of benefits the ocean has to offer.